The Sacrifice novel Kickstarter is now live! Even if you can’t donate right now, I would be forever grateful if you could share with friends and family. Don’t just share the link, but tell them WHY they should click it. This is my attempt to bring more diversity to literature. I just recently finished an author interview where I discussed the importance of diversity in literature, so i’ll link to that blog here once it’s published. If you have a blog or site that you would like to use to help spread the word, I have an official press release that I can send you!

Click here to view the campaign, and please let me tell you why Sacrifice is important.

Here’s the character reveal for this week that was also created by Jerry Buckholt! Today I am introducing another member of the Alpha team, Reggie, who acts as Kat’s second in command.

Reggie is the oldest member of the Alpha team at just twenty-eight years old. He provides the muscle for the team with both super strength and weapon knowledge. His most useful meta-human ability is that he is literally bullet proof, but he’s not completely invulnerable since he’s not resistant to poison or magic. 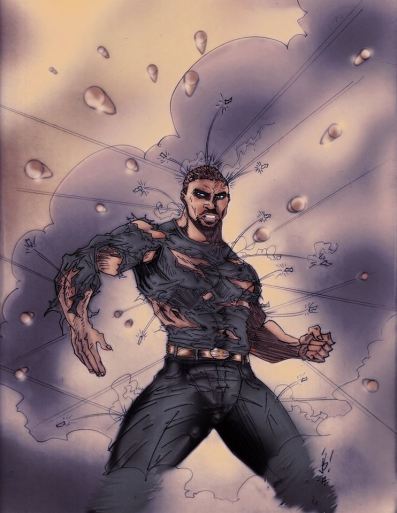 Stay tuned for more character reveals and details on this upcoming Kickstarter project! And thank you for your support!