Last week’s blog post listed the songs which helped me write The Alliance: Bloodlines. This week, I go into more depth with my playlist selection for Drakon. You’ll find lots of similarities here—it’s completely obvious rock music fuels my soul—and you’ll even notice some repeats from the previous list. 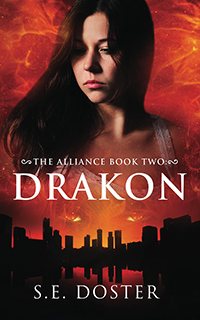 For Drakon, I kept some of the fast and heavy songs which I like to play while visualizing a fight scene or action sequence. “Down with the Sickness” and “Bodies” are two of my top contenders for fight scenes.

“End of the World” is a song I always imagined being a perfect theme song if the Alliance had a TV adaptation. I think the song packs an emotionally fitting punch for the series as a whole.

“Hero” is a song that I find really suiting for Bailey and Jameson. I imagine their inner voices singing this.

“Get Out Alive” and “Animal I Have Become” are for Jameson’s story. “40 Miles from the Sun” is also one for Jameson’s flashbacks—specifically the demon dimension of Drakon.

I can’t help but to think of classics when I write scenes for Star. Jess is a fan of metal and classic rock so I feel he would approve of most of the full playlist below.

If you’ve read the series, i’d would love to know which songs you’d pick for a theme song or specific characters.

“End of the World” by Cold

“Break on Through (to the Other Side)” by The Doors

“Come as You Are” by Nirvana

“Animal I Have Become” by Three Days Grace

“Get Out Alive” by Three Days Grace

“Awake and Alive” by Skillet

“Take Me” by Papa Roach

“Change or Die” by Papa Roach

“So Far Away” by Staind

“Down with the Sickness” by Disturbed

“Land of Confusion” by Disturbed

“What I’ve Done” by Linkin Park

“So Cold” by Breaking Benjamin

“I Will Not Bow” by Breaking Benjamin

“6th Avenue Heartache” By The Wallflowers

Some writers prefer quiet and solitude while they write, but I enjoy music for added inspiration. I turn on a playlist at various stages of the writing process. For the brainstorming and early drafts, I do enjoy songs I’ve collected which fit the mood of my current WIP. So, as I continue to hammer out the first draft of the third Alliance novel, I thought I would share the music which played while writing the first two novels. Kicking things off with The Alliance: Bloodlines inspirational music, I’m listening to this playlist as I write this post with all the nostalgic feels.

“End of the World” by Cold

“My Letter” by Flaw

“I Hate Everything About You” by Three Days Grace

“Animal I Have Become” by Three Days Grace

“Awake and Alive” by Skillet

“Take Me” by Papa Roach

“So Far Away” by Staind

“Forget to Remember” by Mudvanye

“Becoming the Bull” by Atreyu

“Down with the Sickness” by Disturbed

“Somewhere I Belong” by Linkin Park

“So Cold” by Breaking Benjamin

There were probably more songs than what shows on this list, but these tracks are what remains of the original Alliance playlist. The rest of the songs are for the Drakon playlist which i’ll post next week. 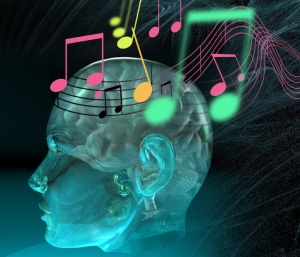 Whenever I sit down to write, I pick a playlist or album that fits the mood of what I plan to write. I always have music going in the background to motivate and inspire me.

Some people believe that classical music provides great creativity for the brain, but I tend to lean towards rock music. I personally think rock music makes great inspirational tunes for action and/or fight scenes. I turn to slow powerful ballads for the dramatic moments. I even have a whole playlist of mixed genres set up for those times when I need something more on the mushy side.

Not every song is right for every story so you may want to give it some thought first. There are some songs you might want to avoid while trying to convey a certain mood in your story. If you are writing an intense shootout or car chase, then you probably don’t want to hear a slow song that reminds you of your ex and breathes life back into those old memories.

My recommendation would be to set up several playlists filled with songs you enjoy and let each one have a specific mood. A friend recently convinced me to try Spotify and I can’t imagine how I ever lived without it. It is so easy to set up playlists and after you listen to enough music, the site will start suggesting music based off what you’ve selected so far.

Hopefully you have found this information helpful and I’d love to hear what music you enjoy listening to while you write.  Now grab a pen, turn on some music, and start writing!